The Artist and the Social Dreamer

The Artist and the Social Dreamer, curator Renan Laru-an’s study on exhibition-as-speech and speech-as-exhibition based on the image production and world-making of dictators, will respond to two architectural sites built during the Cold War period—the Haus der Kulturen der Welt in 1957 and the Philippine International Convention Center (PICC) in 1976. They are two buildings that symbolize the dialogue of rehabilitation and protectionism of the Cold War on two sides of the world.

The Brutalist architecture of Asia’s first international convention center, the PICC, will enter the Haus der Kulturen der Welt. Drafts, studies, and photographs of the building’s planning and construction from archives and the found documentation of the speeches of iconic autocrats (Ferdinand and Imelda Marcos, Muammar Gaddafi, and Nur Misuari) will be displayed next to each other. The presentation will underscore the manifestation of individual desires into public spaces and consciousness as dictatorial edifices.

The Haus der Kulturen der Welt’s auditorium will be temporarily occupied by interventions by four invited artists, who will install their contexts as “momentary podiums.” The performative works of artists on the act of speaking, staging, monumentality, and landscape will be presented in the interior architecture of the HKW’s halls. These events will showcase individual authorship, renarrated as collective desires, coming together as a united front against dictatorial gestures.

The version of The Artist and the Social Dreamer at the Forecast Festival will focus on the contrast between individual artistic positions for collective imagination and the mandate of dictators’ fascist imagination for the public. It will highlight the metaphorical podiums of the artists and the edifice complex of dictators.

Renan Laru-an is a curator and researcher living and working in the Philippines. He is jointly curating the 2017 OK. Video Indonesia Media Arts Festival. 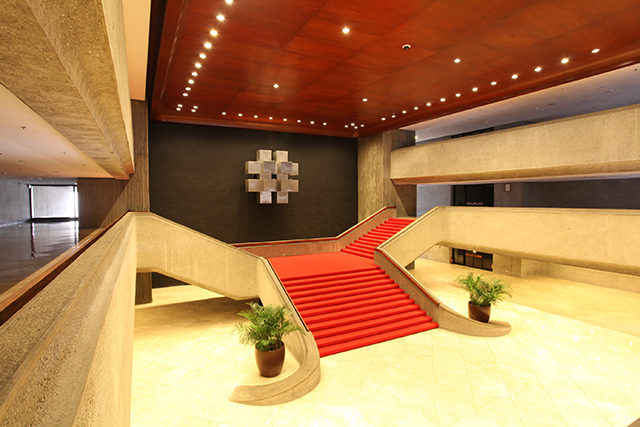